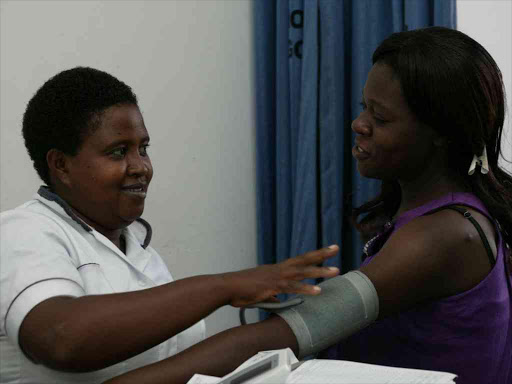 The nursing council of Kenya says a majority of them are aged between 21-35.

"This number keeps on increasing. This is a cause for concern because we are losing an extremely younger population to other countries. Quite a number of them leave when they have already worked in the country for two or three years," Council CEO Edna Tallam told the Star in during an interview.

Most of those who have undergone specialized training in renal and ICU care mostly migrate to Canada, Australia and the US.

Within the continent, a majority of the nurses prefer working in Botswana and South Africa.

Some of the reasons according to the council include poor working conditions, poor remuneration, under-staffing in hospitals and lack of a proper career progression, Edna said.

"Our Education system is also not favourable. A diploma course takes three and a half years while a degree course takes fours years with no work and life balance. In these countries where our nurses are migrating to, they can be able to balance the two." Edna added.

Apart from a younger population leaving the country for greener pastures, the council also notes that those currently employed will be retiring in the next ten years.

Majority of them are between the ages of 40 and 55.

"If we do not cover the people who will soon be retiring, we are going to have a huge problem in the near future," Edna said.

Apart from this, we are also seeing more facilities being launched and we are wondering how the nurses will be absorbed in those facilities since most of the facilities require nurses that have specialised in a particular area."

The council also notes that quite a number of them have also quite nursing and moved on to other sectors that require a nurses expertise.

In line with the country's big 4 agenda, Edna said the government needs to allocate more finances to the health sector which will help counties employ more nurses so to bridge the patient ratio gap, especially in public hospitals.