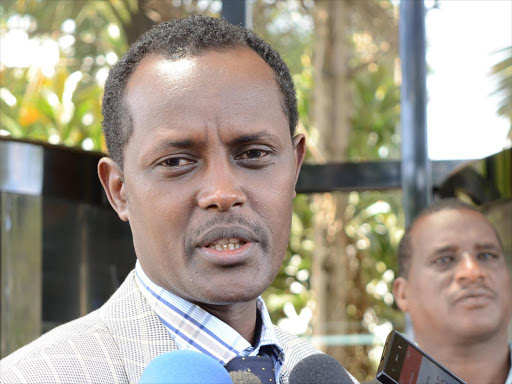 The Ethics and Anti-Corruption Commission (EACC) has been sidelined from the probe into the new National Youth Service NYS scandal.

EACC's exclusion from the multi-agency team's probe of a corruption case has raised questions as to whether other investigative agencies have confidence in the anti-graft watchdog.

EACC CEO Halakhe Waqo and his deputy Michael Mubea did not respond to our calls.

But an EACC worker privy to the situation told the Star that the anti-graft watchdog has opted to steer clear of the probe, arguing that the DCI and other agencies have already walked far into investigations.

“By the time the issue came into the public domain, the DCI was already knee deep into investigations. The EACC saw that there was no need to take over, and decided to let the DCI continue with investigations,” our source said.

DPP Noordin Haji yesterday confirmed in an interview with the Sunday Nation that the multi-agency team is nearing completion of its probe. He added that several people, including senior NYS officials, will be charged in court “soon”.

The multi-agency team is looking into how some top NYS officials used ghost firms to benefit from supplies deals.

In some instances, no products were supplied, while in others double, triple and even quadruple payments were made for a single contract.

EACC's exclusion has also brought into focus fears that the anti-graft watchdog has been targeted for termination.

The proposed bill has sought to strike the EACC out of the list of investigative agencies recognised by the DPP's office.

In the past, the EACC has not shied away from starting separate investigations, even when other agencies have had ongoing probes.

The anti-graft agency has been struggling to gain full public support, owing to its low conviction rate.

Figures from the EACC’s 2017 annual report of activies only recorded a 0.44 per cent success rate in recovery of public funds and assets.

The anti-graft watchdog recovered Sh256 million our of a possible Sh57.1 billion in the fiscal year ending June, 2017. EACC also managed to get 17 convictions in various graft-related cases it instituted.

In the previous financial year, EACC had managed to recover Sh700 million out of a possible 93.3 billion.

It however suffered a huge setback in July last year after the Court of Appeal ruled that any cases that were instituted when the EACC did not have at least a third of its commissioners in office.

The ruling followed a petition by former Transport minister Michael Kamau and ex-Lands minister Charity Ngilu who argued that they were charged at a time that the EACC did not have a quorum of commissioners.