CJ happy with changes in courts 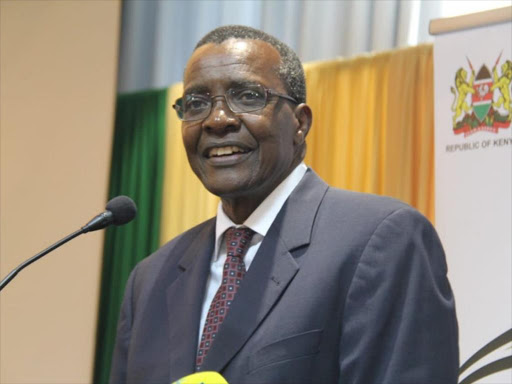 The CJ said he is happy to notice great changes at the Milimani Commercial Courts since the start of the project last year.

He spoke during the official launch of commercial justice sector reforms project and Judiciary ICT initiative at the Radisson Blu Hotel in Upper Hill on Thursday.

“I’m happy to say since April this year, 37 cases have been filed electronically at the Milimani Commercial Courts and Tax Division, making it easier and saving time for the litigants,” Maraga said.

Filing cases online from the advocates’ offices will enhance efficiency as they will avoid spending two hours to go to court to file cases.

He said tracking has minimised cases of missing files and collection of fee has brought transparency and reduced corruption at the courts.

“Judicial transformation was focused on pillars for adequate finance, resources and technology to ensure services,” the CJ said.

He said the courts have shown great changes in performance and effectiveness.

The court identified a number of issues that affected the delivery of justice in commercial cases such as backlogs and delays.

Since the launch of the project last year, cases backlog have reduced by 50 per cent as digital search has reduced time.

Netherlands Ambassador Frans Makken said the country is happy to partner with the Judiciary for the project and will spend Sh300 million to complete it in two and half years.

Industry, Trade and Cooperatives PS Chris Kiptoo said, “We are going to work together to help fight counterfeit goods as almost 40 per cent counterfeit and substandard items find their way in the country.”

The event was attended by judges among other guests.