Herpes vaccine could be available in five years - scientists 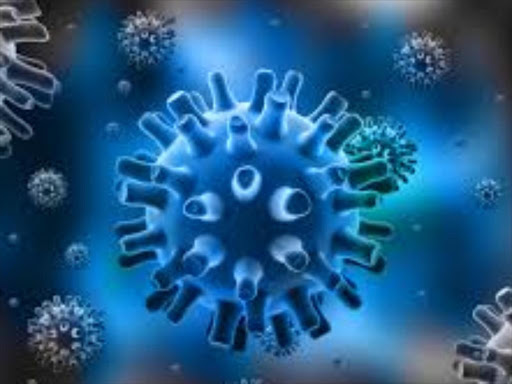 The Herpes Simplex Virus as seen in a microscope. /COURTESY

Scientists have made a huge step forward in their quest for a herpes vaccine and claim one could be available within five years.

Two US universities claim they are ready to test their vaccines on humans, after they protected guinea pigs and monkeys from the common virus.

The vaccines target genital herpes – a common sexually transmitted infection – but may also work on cold sores, which are caused by a slightly different strain.

Both teams can prevent animals getting new infections from HSV-2, the strain that causes genital herpes, and one is able to treat those already infected.

Researchers claim the breakthrough has 'tremendous potential' for tackling herpes, which is currently incurable. One in six adults are believed to carry the virus.

Herpes simplex is a virus spread by skin-to-skin contact and it causes painful blisters and sores on the genitals or mouths of people who suffer outbreaks.

Once someone is infected the virus lies dormant in their nerves and can cause regular outbreaks. Past attempts to create a vaccine have failed.

A vaccine being developed at the

involves injecting a live, weakened strain of the herpes simplex virus into the body to build immunity.

the body learns how to fight it off so it is protected against the real, more infectious version.

None of the guinea pigs in the test developed symptoms after receiving the vaccine and then being exposed to an aggressive strain of herpes.

Animals that did not receive the vaccine had 'severe' symptoms, according to the study published in the journal Vaccine.

The vaccine also stops outbreaks in guinea pigs which are already infected, and 'performed well' in monkeys, the

Konstantin Kousoulas told the New Scientist: "We think it has tremendous potential as both a preventative and therapeutic vaccine."

Dr Kousoulas said his team hopes to begin human trials within a year, and added the vaccine could be available within five years if it is successful.

Hundreds of millions have the virus

Approximately half a billion people worldwide have the genital herpes virus and the condition makes people more likely to catch HIV if they are exposed to it during sex.

17 per cent of adults in the US are thought to have the infection, and the Herpes Virus Association in the UK says 70 per cent of people are likely to catch either genital herpes or the cold sore virus at some point in their life.

However, many people have mild symptoms or none at all and two thirds of those carrying the virus do not know they have it, the Herpes Viruses Association says.

A scientist at the University of Pennsylvania has also tested a vaccine made of proteins taken from the herpes virus.

Dr Harvey Friedman's vaccine is designed to strengthen the immune system against the virus and prevent new cases.

It was successful in trials on guinea pigs and rhesus monkeys.

Previous attempts to create vaccines without a live version of the virus in have been unsuccessful, but Dr Friedman is hopeful and wants to start human trials within 18 months.