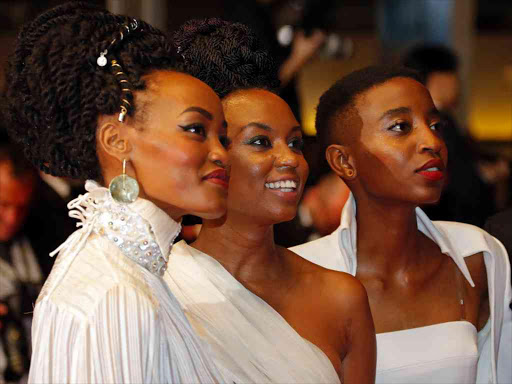 'Rafiki', a girl-meets-girl romance screening at Cannes, is a movie Western viewers would find “quaint”, according to one critic. But it will not be shown in Kenya, where it has been banned.

That is a double-edged sword for director Wanuri Kahiu, who is sad her film will not be seen by the audience she made it for, but knows the publicity is likely to get more people to see it elsewhere in the world.

“There is a saying that when you ban something you make it more popular, but I think that the truth is we are disappointed,” Kahiu told Reuters.

“Rafiki”, about two young women who live in the same Nairobi housing estate, is the first Kenyan film in the official selection at the Cannes Film Festival and initially was endorsed by authorities in the east African country, but last month the Kenya Film Classification Board banned it for promoting homosexuality.

Gwilym Mumford of the Guardian called the film a “sweet if rather contrived drama” with some clunky dialogue, but applauded the chemistry between the two leads, adding that “what (it) lacks in originality, it makes up for in its depiction of the giddy flush of first love”.

Kahiu said her actresses were “incredibly brave” and one said she was initially unsure about accepting the role in a country, and continent, where homosexuality is still widely taboo.

“I was very hesitant because I literally now was getting into the industry and trying to make a name for myself, and I thought: how would this reflect back on me as an actor and how would people perceive me once the film was done,” Sheila Munyiva, who plays Ziki, told Reuters.

“But they sent me the script and I read it and it was incredibly amazing – all the main characters were women, and they were strong women and they had voices and they were speaking such important things and I felt that it was a privilege for me to do it.”

The Cannes Film Festival runs from May 8 to May 19.

Post a comment
WATCH: The latest videos from the Star
by REUTERS @ReutersAfrica
News
11 May 2018 - 15:00
Read The E-Paper