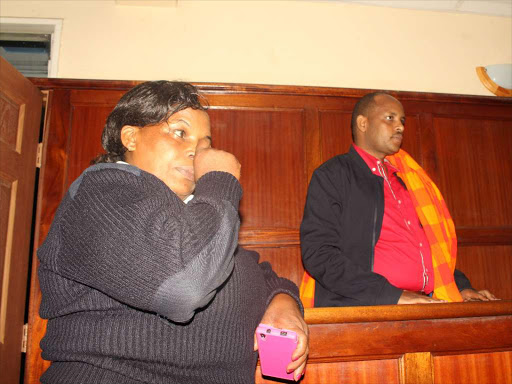 Laikipia North MP Mathew Lempurkel at the Milimani law court during a hearing in a case where he is charged with attacking a female MP. /FILE

Former Laikipia North MP Mathew Lempurkel was on Thursday acquitted by a Nanyuki court for two counts of incitement to violence and for allegedly harming a police officer two years ago.

While delivering the judgment, Chief Magistrate Lucy Mutai noted that the evidence adduced in court was riddled with and full of inconsistencies, material contradictions and exaggerations which remained unexplained.

“The prosecution’s evidence cannot sustain conviction due to the said contradictions and this being a criminal case it has failed to prove beyond reasonable doubt that the accused person is guilty as charged,” ruled the magistrate.

She noted that 10 witnesses had testified in the case in which Lempurkel had been accused of threatening to burn down Rumuruti Police Station in an effort to free a suspect from custody.

The second count stated that he threatened to harm police officer Nicholas Kipruto who was manning the report desk at the police station on July 31, 2016.

Mutai said she was proceeding to resolve the existing doubts in favour of the accused person who she acquitted as charged under section 215 CPC.