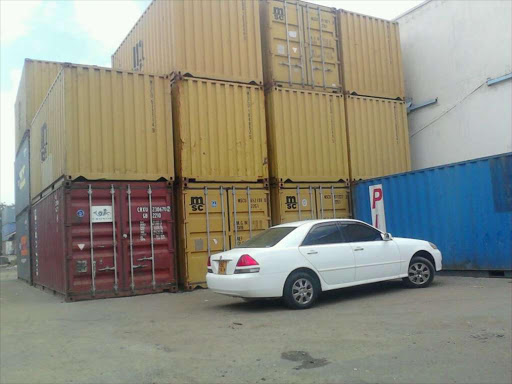 The taxman had demanded Sh2.5 billion in tax from Darasa Investment Ltd."

KRA has suffered a setback after the Supreme Court stopped it from demanding tax or seizing a disputed consignment of over 40,000 metric tonnes of duty-free Brazilian sugar.

In a ruling, Chief Justice David Maraga and four other judges of the apex court restrained KRA, its agents, servants or anyone acting on their behalf from impounding the consignment pending an appeal.

The taxman had a fortnight ago obtained the go-ahead to demand Sh2.5 billion in tax from Darasa Investment Ltd.

This was after it succeeded in an appeal against a decision allowing the firm to import Brazilian sugar duty-free.

Appellate Judges Alnashir Visram, Wanjiru Karanja and Martha Koome sitting in Mombasa had set aside the decision of the High Court which ruled that Darasa was entitled to be cleared duty-free.

The firm has since appealed against that decision at the Supreme Court saying the judges erred in their interpretation and application of the constitution.

"We hereby issue orders in order to preserve the subject matter of the appeal, and safeguard the integrity of such orders," CJ Maraga, DCJ Philomena Mwilu, judges Mohamed Ibrahim, Smoking Wanjala and Isaac Lenaola ruled on Tuesday.

The dispute before court is whether the sugar was loaded during the exemption specified period and whether the firm was entitled to tax exemption.

Darasa’s consignment was shipped from Dubai to Mombasa aboard MV Iron Lady on July 15, 2017, and has been at the Port in Mombasa since August last year following the dispute.

While the firm claims that the consignment was duty-free, KRA’s argues that the firm did not meet the conditions that recommended exemption period.

The High Court had ruled in favour of the company, saying the sugar was entitled to be cleared duty-free, but KRA moved to the court of appeal where the orders were set aside.

Justices Visram, Karanja and Koome ruled that there was no evidence that KRA subjected Darasa Investments Ltd to discrimination since there was nothing to show that documents by other importers had inconsistencies.

"It is clear that the respondent examined shipping documents by Darasa Investments Ltd, inconsistencies were discovered, they were asked to shed light by respondent, whether the decision by KRA was right or wrong, it was not to be discussed by the court," the judges observed.

The court also rejected a contention by Darasa that it was not given an opportunity by KRA to be heard.

At the Supreme Court, Darasa says its right to a fair trial was violated and wants the Court to reinstate the orders of the High court.

The firm faults the Court of appeal for finding that there were two sets of Bills of landing contrary to evidence before court.

It says the court misdirected itself in law in narrowly interpretation that the judge of the High court did not have jurisdiction.