Kenya bans lesbian based film 'Rafiki' ahead of Cannes Festival 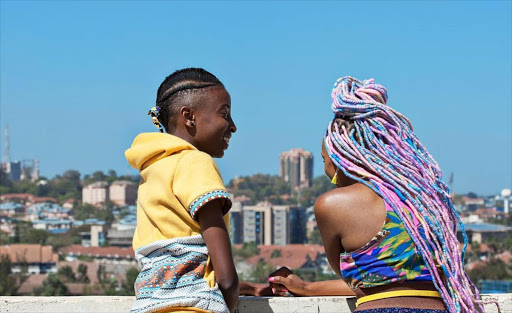 A scene from the film 'Rafiki'/COURTESY

The Kenya Film Classification Board has banned a local film titled ‘Rafiki’ whose theme is homosexuality days after President Uhuru Kenyatta said that gay rights are of less importance to Kenyans.

In an interview with CNN's Christiane Amanpour, Uhuru said the topic was a non-issue and goes against cultural beliefs of the majority of Kenyans.

However, the film features how the silent minority are suffering in the society for fear of expressing their sexuality.

Rafiki suffered a major blow as it marks the first Kenyan feature film be in this year's Cannes International Film Festival next month.

"I am incredibly sorry to announce that our film RAFIKI has been banned in Kenya. We believe adult Kenyans are mature and discerning enough to watch local content but their right has been denied," Film director Wanuri Kahiu posted on Twitter.

Wanuri later told Reuters: "I'm really disappointed because Kenyans already have access to watch films that have LGBT content, on Netflix, and in international films shown in Kenya and permitted by the classification board itself."

"So to then just ban a Kenyan film because it deals with something already happening in society just seems like a contradiction," she told Reuters.

The board has banned it citing that its homosexual theme and clear intent to promote lesbianism in Kenya is contrary to the law.

“The Board has restricted a local film titled ‘Rafiki’ produced by Awali Entertainment Ltd. Its homosexual theme and clear intent to promote lesbianism in Kenya are contrary to the law,” read the tweet by the board.

Rafiki - which translates to a

friend - is a story about two girls in love in an

relatively hostile toward the subject of homosexuality.

“A story about all that is good and difficult about being in love.”

The film is produced by Big World Cinema, which in the past has produced Stories of Our Lives, a documentary about the queer experience in Kenya.

The film garnered attention, both positive and negative, landing its executive producer in jail due to Kenyan laws against distribution of queer media content.

Post a comment
WATCH: The latest videos from the Star
by LILLIAN MUTAVI @mutavikelykelly
News
27 April 2018 - 12:00
Read The E-Paper