I met Margaret while out swimming, 'romantic' Uhuru says on Women's Day 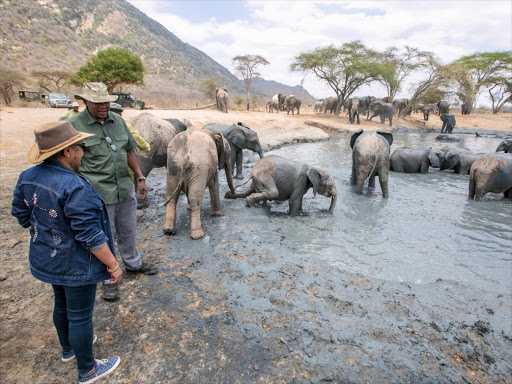 I first met Margaret when I was out swimming with my father, President Uhuru Kenyatta said in his celebratory message for the International Women's Day.

"...my father nudged me to befriend her [Margaret]. I have now known her for most of my life," Uhuru said via Twitter on Thursday.

A romantic Uhuru said Margaret is his friend, partner and a strong supporter of his ideologies.

International women's day is a worldwide event that celebrates accomplishments, constitutional right to dignity and equality of women.

DP William Ruto also recognised women as "nurturers and caregivers" who make sacrifices to ensure other people live in comfort and get best out of life.

"Women make sacrifices, including denying themselves, to ensure we live in comfort and get the best out of life," he said.

He said men draw their strength and indomitable spirit to never give up and see the positive in every situation from women.

"We value the role women play in knitting society, particularly their mobilisation skills to rally around a good cause, their tenacity and wisdom, business acumen and inculcating discipline and forthrightness to their charges," he said.

"...and valuing women’s contribution to society and helping women and girls achieve their potential."

Nairobi Governor Mike Sonko asked Kenyans to celebrate the day by recognising the crucial role of women in the society.

Via 'Press For Progress', Sonko

encouraged women not to allow anyone intimidate them because they are women.

International women's day is a worldwide event that celebrates accomplishments, constitutional right to dignity and equality of women.

In her message, UN Women executive director Phummzile Mlambo said this year’s theme captures the vibrant life of the activists whose passion and commitment have won women's rights over the generations, and successfully brought change.