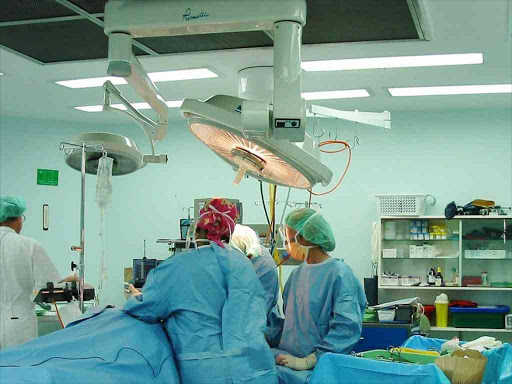 Doctors have defended their KNH colleague after the

performed a brain surgery on the wrong patient.

According to them, the nurses who prepared the patient for surgery are the ones at fault for wrongly labelling the two patients.

The Kenyatta National Hospital suspended the admission rights of the Registrar and issued him with a show-cause letter.

KNH CEO Lily Koros said on Thursday that they took action following the incident, in line with the hospital's procedures.

"As unit colleagues, we believe that while our friend may have exhibited some procedural shortcomings, the surgery was done on the wrong patient mainly because of wrong patient labelling

by the ward staff," the doctors said.

In a statement seen by the Star on Friday, the doctors said Koros was not just in suspending the neurosurgeon.

"Slapping a suspension on our colleague is totally erroneous, victimizing in nature and unwarranted," they said.

The doctors requested that all residents converge outside the principal's court as from 8 am to demand the suspension to be lifted unconditionally.

"...KNH should sort out the system failure on their part. Today it is him, we don't know who the failed system will nab tomorrow," they said.

The doctors recounted the events of Thursday night before the wrong patient was operated on.

They said that on the night of February 19 about 11 pm, a patient was brought to trauma theatre for craniotomy.

Patient bore a name label on his gown, and all documents and images tallied with the patient label, they said.

The doctors said the patient was

received, as everything seemed usually in order.

"On examination in theatre, the patient was confused ( GCS=13/15) and not able to coherently communicate," it read.

The Craniotomy procedure was done and by one of their colleagues but noticed during surgery that brain seemed normal with obvious signs of an ICH- the indication for the surgery.

He then called the second Registrar (a senior) on call, who also could not find the hematoma.

"The consultant on call was informed, who confirmed the negative craniotomy and made the decision to close and ask for an immediate head CT to re-evaluate the patient," they said.

The doctors said during this time, the ward was called a total of three times and confirmed the identity of the patient on all occasions.

"On the morning of February 20 at 6 am, as the Dr (Registrar colleague) was preparing to write the OT notes, the ward called alleging that the patient brought in the night was a wrong one," the message by the doctors said.

KNH administration suspended the admission rights of a Neurosurgery Registrar and issued him with a show-cause letter for apparently performing brain surgery a wrong patient.

They are also issued with

show-cause letters to explain what happened within seven days.

Koros said: "The seven-day show-cause period comes to an end on March 2, 2018, after which the Clinical Services

will immediately convene the Medical Advisory Committee to deal with the issue."