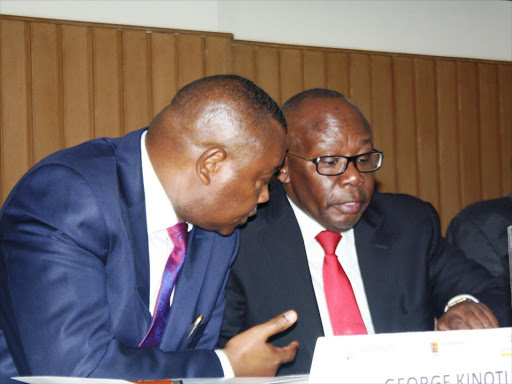 Geographical challenges must also be considered as they have worsened matters, Directorate of Criminal Investigations boss George Kinoti said on Tuesday.

"It is common to find that financiers of a terror act in Kenya are in Tanzania and recruiters for executors are in Uganda," he said.

"These terrorists are smart people so we want to be smarter than them but the advancement in technology has made it so complicated."

He spoke on Tuesday on the sidelines of a forum on international and transnational organised crimes at Strathmore University in Nairobi.

terrorism remains the most serious threat to Kenya's security.

"Terrorism remains the big menace among organised crimes," he noted. The rest - human trafficking and drug trafficking - although related to terrorism, are more manageable."

terror, mass killings and cases that devastate the economy, he urged cooperation among agencies as this has helped thwart attacks.

and cooperation among neighbouring countries, he noted, are very important in securing East Africa and the world.

While emphasising the need for cooperation, Kinoti