We are concerned about Kenya's debt burden, IMF tells MPs 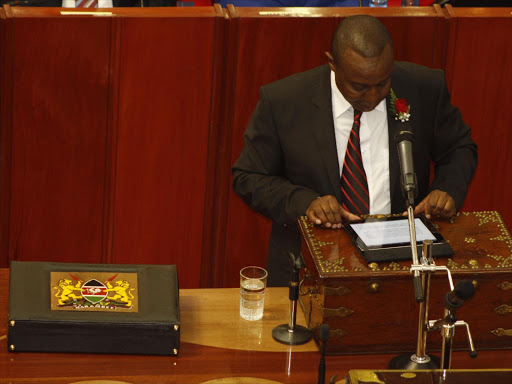 Kenya risks losing investors and its economic gains if the government does not contain the runaway debt burden, IMF has warned.

The International Monetary Fund officials on Thursday told a parliamentary committee that the country’s excessive borrowing amid huge revenue deficit for the economy is worrying.

“We have been much concerned about the flow of new debts and the size of fiscal deficit. It will reach a point where the debt is not manageable especially when the deficit continues to rise,” Mikkelsen said.

The IMF warning comes barely two days after the release of a new report by Cytonn Investments warning that the country’s debt would hit a crisis if the state does not invest borrowed funds in projects with high returns to enable the government to repay the debt.

The loan repayment sum is equivalent to 40.3 per cent of Sh1.6 trillion revenue target.

Loans the country plans to clear include the Sh77 billion eight-year commercial loan from Eastern and South Africa Trade and Development Bank the government borrowed in 2015 to repay other debtors who refused to extend maturity of the syndicated loan.

Other loans include Sh75 billion from the five-year Eurobond issued in 2014 maturing in June 2019 and Sh80.9 billion syndicated loan borrowed in 2016.

The Cytonn Investment report disclosed that Kenya’s total debt burden has been shooting steadily by 22.2 per cent annually to stand at Sh4.6 trillion November 2017 from Sh3.8 trillion in November 2016.

“The revenue deficit we have seen last year and if it continues it would not be sustainable to maintain the debt. The government does agree with this and our advice is to lower the deficit to make sure that the debt does not increase any further,” Mikkelsen said.

The IMF representatives disclosed that they are engaging with the government to devise measures that would see the runaway debt burden contained.

“I would not be the first one to say that Kenya may lose gains it has made. Let’s start moving in the right direction. Unsustainable economy may drive away investors while managing the debt and deficit will attract investors in the country,” Clements said.

China whose loan to Kenya stands at Sh520 billion as at December 2017 is the biggest lender, compared to Japan that has lent the government Sh82.5 billion while the loan from France stands at Sh62.3 billion.

IMF officials asked the government to abolish the 4 per cent interest rate cap on loans by banks implemented in 2016 on grounds it was benefiting the government and corporate firms while constraining small and medium enterprises (SMEs).

“We have expressed the concern about the interest rate caps and the impact it has on the overall economy and the SMEs. We do think that the banking sector should play a bigger role in terms of supporting the private sector,” Mikkelsen said.

He pointed out that the interest rate cap has made it difficult for persons running SMEs to access loans from banks.

“In the past, we agree that maybe the interest rate was too high but now it has been replaced by a situation where businesses have been constrained in accessing any credit,” Mikkelsen said.

Post a comment
WATCH: The latest videos from the Star
by By SAMUEL KISIKA @KisikaSam
News
22 February 2018 - 18:00
Read The E-Paper