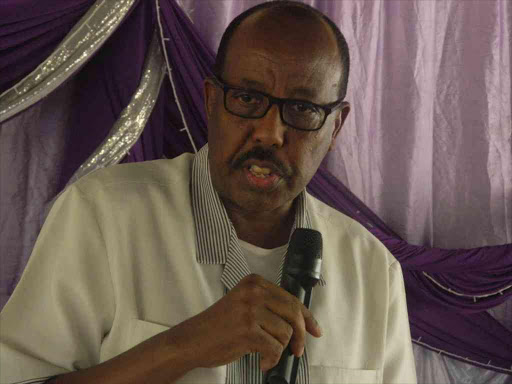 A suspect has been arrested following the killing of four people by suspected al Shabaab militants in Wajir County.

Three teachers and the wife of one of them were killed at Qarsa Primary School early last Friday morning.

Two are on the run, he said at

Saleh did not give the details of the arrest but noted:

"Security apparatus are determined to ensure the arrest of those involved in the killing of innocent Kenyans.

“I assure Kenyans that we will pursue this matter to the very end. Even if they cross over to Somalia we shall go for them. They will face the consequences.

“Surely, how do you kill a teacher who is teaching your children? This is being heartless."

Saleh spoke when he opened a five-day training workshop for chiefs and assistant chiefs from the County.

He warned the administrators against sleeping on their jobs, saying they will be sacked.

At a press briefing last week, the Coordinator issued the names of Kenyans he said had been working with the Somalia-based terror group.

He identified them as Maalim Yussuf, the commander, and his accomplices Daud Ahmed and his cousin Abdirashid Ibrahim, who are from

most terror attacks are led by Kenyan youths from the region who have been recruited by the militants and are well known to the community.

Following the attack, non local-teachers from the region have threatened to leave en mass as their lives are in danger.

Knut and Kuppet had asked them to leave but on Monday, Senators told them to stay put as the

"very dangerous” call will deny children their right to education.

Teachers at some of the schools in Wajir and Mandera Counties have already left.