US watching SA politics 'with interest' after Zuma resignation 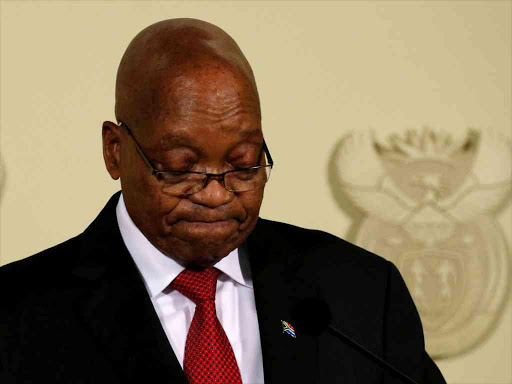 South Africa's President Jacob Zuma looks down as he speaks at the Union Buildings in Pretoria, South Africa, February 14, 2018. /REUTERS

Zuma announced this move under pressure from the ruling African National Congress.

"We are aware of

Zuma's resignation and are watching the political developments underway in South Africa with interest," a State Department official said in a statement.

"This is an internal matter that reflects the will of South Africa's elected leadership."

Zuma heeded orders by the ruling African National Congress (ANC) to bring an end to his nine scandal-plagued years in power.

In a 30-minute farewell address to the nation, 75-year-old

nonetheless said he disagreed with the way the ANC had shoved him towards an early exit after the election of Cyril Ramaphosa as party president in December, but would accept its orders.

"I have therefore come to the decision to resign as president of the republic with immediate effect,"

"Even though I disagree with the decision of the leadership of my organisation, I have always been a disciplined member of the ANC," he said.