Citizen, Inooro TV finally back on air after 10 days 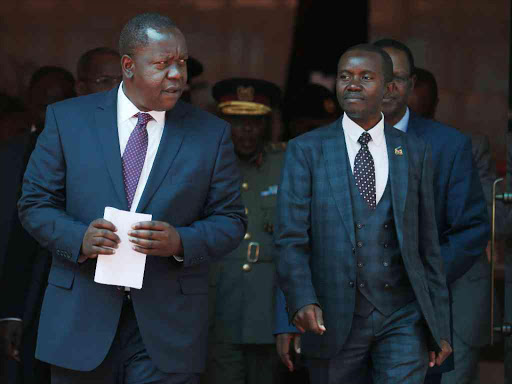 Citizen and Inooro TV are back on air, 10 days after the government turned them off over Nasa leader Raila Odinga's 'swearing-in'.

The stations' transmission was restored at around 4.05 pm on Thursday.

KTN News and NTV were also switched off ahead of the ceremony on January 30.

They were reopened two days ago but the government did not offer an explanation on why Citizen remained off air.

The two were turned on after activist Okiya Omtatah filed contempt proceedings against Interior CS Fred Matiang’i, Joe Mucheru and the Communications Authority board for failure to reopen the TV stations.

In his application, Omtatah said even after serving the CSs with a copy of the orders through the press, they blatantly disobeyed the court’s directive so they should be punished.

Matiang'i claimed Nasa had planned a massacre and that some media houses were aware.