NASA in quest for new presidential poll in August 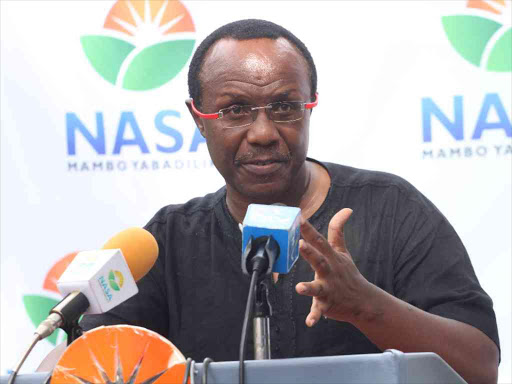 The opposition will hold its inaugural national People's Assembly end of February as they push for a new presidential election in August 2018.

NASA has lined a series of issues that they will deliberate on during the end-month assembly with the end plan being a new poll.

The People's Assembly coordinating committee said they will first hold five pending regional assemblies meetings across the country ahead of the major meeting.

"The People's Assembly will culminate into a presidential election not later than August 2018," David Ndii, chair of the coordinating committee, said on Wednesday.

Speaking at Okoa Kenya offices in Lavington, Ndii said the inaugural meeting will also pursue self-determination for regions like Coast.

The opposition will also deliberate on the possibility of adopting a parliamentary system of government or share executive power through introduction of PM's position.