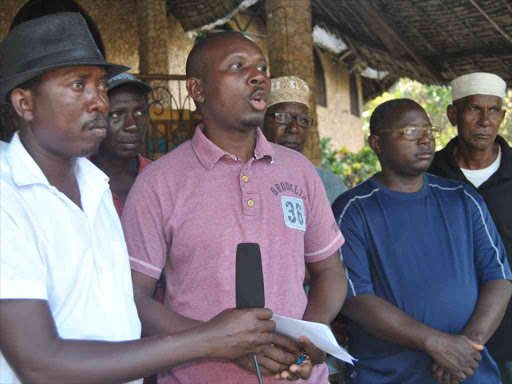 Armed security personnel reportedly stormed the resort at 5 am, demanding to be let in. Workers claimed they arrived in two Land Cruisers and said they would wait for their seniors.

It later emerged that the officers went to implement an order which did not clearly state whether Kenyan investor Isaac Rodrot and his Italian partner Stefano Uccelli should take over the luxurious resort.

Speaking to journalists at the hotel after the early morning ordeal, Ngundi accused police of being used to frustrate German investor and current resort manager Hans Langer who was away at the time.

“What happened was strange. If police officers can be used in that manner, we wonder where we are going. Police raided the hotel while people were asleep. Staff had not reported back."

Ngundi said all they knew was that a court hearing had been set for March 1 and that no other orders were issued for a takeover.

“We asked them to produce a court order but they did not have one. We could not allow them in."

The resident manager noted workers feared for their lives due to the possibilities of raids by police and hired goons.

He asked the national government to intervene and assure them of their security.

“The hotel in dispute is Salama Beach Resort. We are at Temple Point. Let them look for Salama Beach instead of harassing guests."

Emmanuel Nzai, another staff member, told Rodrot to follow the law instead of using force to take over the hotel.

Nzai said they would not oppose a takeover backed by clear court orders and supporting documents.

“If he (Rodrot) really invested his money, why bring in goons? If it’s his hotel let him follow the court process. We won’t block him."

Reached for comment, Malindi OCPD Matawa Muchangi said the officers went to implement an order issued during an appeal. He said the management's resistance forced them to leave to prevent confrontation.

Muchangi dismissed claims that they were being used by the investors to frustrate the German, saying police executed their mandate as directed by the Court of Appeal.

“The court will give further directions on the matter," he said on phone.

Mohamed Swaleh, a resident of Watamu, said it was shame for the OCPD to use his officers to harass Langer and

asked the government to investigate Muchangi.

Mwakamusha Karisa, a resident of Dongokundu, said they were tired of police raids conducted on weekends.

“Inspector General of Police Joseph Boinnet should come here and ensure the security of the investor is guaranteed. This is not a police state,’’ he said.

This was the second time this year that police tried in vain to help Rodrot take over the hotel.

Post a comment
WATCH: The latest videos from the Star
by STAR REPORTER @TheStarKenya
News
04 February 2018 - 09:00
Read The E-Paper