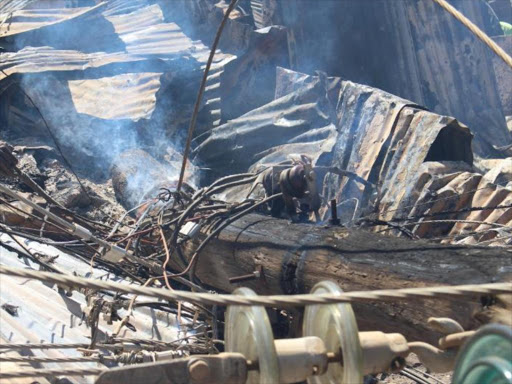 The death toll of the Kijiji slum fire rose to five after rescuers pulled another body from the debris on Wednesday.

Pius Masai, deputy director of the National Disaster Management Unit, said the body was spotted by officers during a clean-up of the site.

"More updates will be issued later," he said following the Sunday night incident which rendered about 6,000 people homeless.

Three people died on the night of the inferno while a fourth body was retrieved on Tuesday.

The residents said four fire engines were deployed to the scene but that they ran out of water before the flames were put off.

for its failure to take proper precautionary measures to contain the blaze.

As a result of the lack or preparedness, governor Mike Sonko interdicted

Brian Kisali, who is in charge of fire and rescue services. Kisali received a notice signed

The county also formed a team that will investigate the incident and claims it has to do with land grabbers.