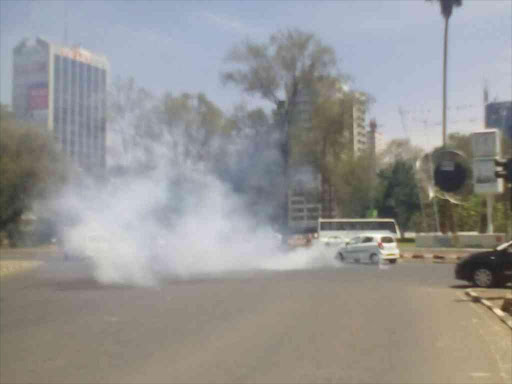 Police have fired teargas at NASA supporters along Kenyatta Avenue in Nairobi.

along Uhuru Highway destroyed a sign at the roundabout joining Kenyatta Avenue.

The sign read "Uhuru Kenyatta, President of the Republic of Kenya".

Excited Opposition supporters started walking to Uhuru Park for the ceremony from about 6am. "Today is the day", they said, concerning leadership by Raila, who insists the two elections were bungled in president Uhuru Kenyatta's favour.

Raila is expected to make a grand entry to the park at 12.30pm, take oath of office at 1pm and then give directions on the coalition's next moves.

Post a comment
WATCH: The latest videos from the Star
by LEWIS NYAUNDI @XnyaundiH
News
30 January 2018 - 12:00
Read The E-Paper