DPP, AG to decide on Raila's fate after he's sworn in 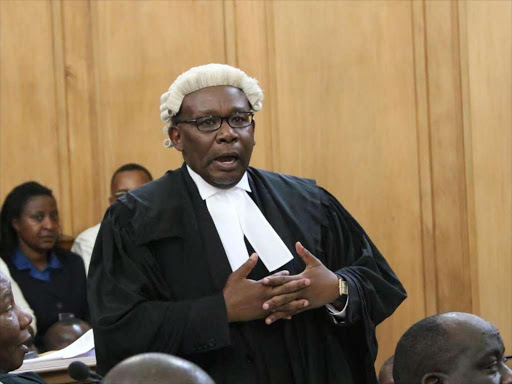 Police are waiting for instructions from the office of the DPP and the Attorney General on whether to arrest Raila Odinga for treason or not.

Raila took the oath as the people's president of Kenya on Tuesday at Uhuru Park grounds.

attracts possible treason charges which is

A senior police officer who declined to be quoted said "In as much as we enforce the law and prevent crime, we do not interpret the law. We will wait for the AG and DPP to tell us about that [Raila's swearing]," he said.

The officer said details of the next action by the National Police Service should come from IG Joseph Boinnet.

Boinnet did not answer calls and SMS to his phone over the matter.

Director of police operations Henry Barmao referred queries over the next move by police to NPS spokesman Charles Owino.

Wearing a white outfit and a black hat, Raila swore by the Bible and signed documents.

that I will preserve, protect and defend the constitution of Kenya as by law established and all other laws of the republic as adopted by the people of Kenya that I will protect

integrity and dignity of the people of Kenya. So help me God."

Ecstatic supporters who went to the venue from as early as 6 am cheered, danced and blew whistles during the proceedings.