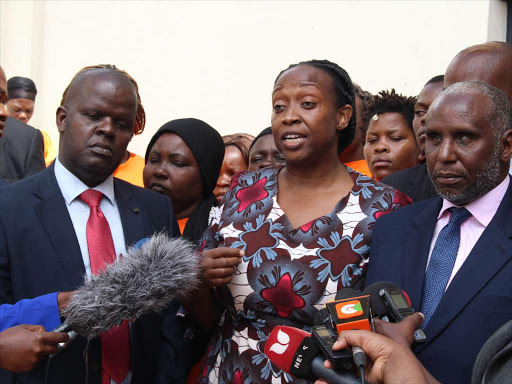 President Uhuru Kenyatta has been urged to form a ministry for special interest groups and adhere to the two-thirds gender rule when nominating Cabinet Secretaries.

MPs have requested Uhuru to create a Cabinet portfolio that would cater for the interests of women, youths and people living with disability. The Kenya Women Parliamentary Association said there is need to ensure the two-thirds gender rule requirement is achieved.

Speaking to the Star separately yesterday, Kisumu Woman Representative Rosa Buyu and her Laikipia counterpart Catherine Waruguru said Uhuru should not only constitute an all-inclusive Cabinet, but also one that is gender balanced.

Waruguru said the President should fulfill his promise by ensuring functions linked to special interest groups are not spread out in other ministries.

“We need a Cabinet that has eight women who include youths, women and persons living with disability. I know there is no other person who is best placed to mentor and advocate for our interests other than the President himself,” Waruguru said. Buyu said if Uhuru fails to adhere to the gender rule, he will be violating the Constitution.

She continued, “The two thirds gender rule must be considered.”