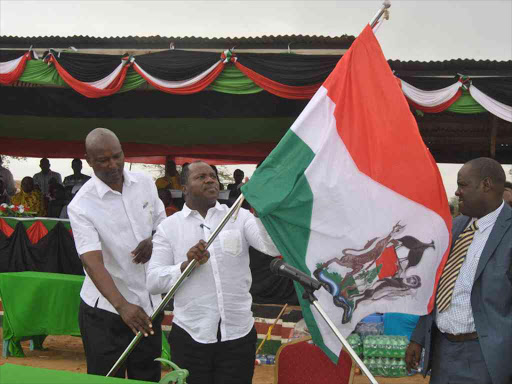 They made the discovery amid a probe into claims the previous administration awarded fictitious tenders.

The officers started interrogating 12 officials on Monday over tenders worth hundreds of millions of shillings for Garsen projects which were not implemented.

On Wednesday, the team of detectives led by Coast regional director Simon Cherpa, received a report of

The documents show the county

allocated Sh78 million to the construction of a weighbridge at Kanagoni along Malindi-Garsen highway and the establishment of an ultra-modern market at Madogo in Bura constituency.

Payments were wired to the bank accounts of several people but none of the projects exist.

The commission is expected to finish the interrogations and give direction on Thursday.

Among those who have been grilled are Fatma Zahra, who was a chief officer in the former governor's office, public works director Tom Chula, procurement director Issa Berhe and several officers from the finance and planning department.

The process is taking place in the

governor’s boardroom and detectives are reportedly perusing each official's documents before taking their statements.

County officials are said to be in a panic.

When he took office, governor

Dhadho Godhana revealed he inherited a debt of Sh2.1 billion from his predecessor Hussein Dado.

Most of the money was owed to contractors so the governor

launched a social audit to establish genuine and false contracts.

He formed a team to lead the audit and promised to crack the whip on perpetrators.

Reports indicate that the audit report was presented to the governor before the end of 2017 but its contents are yet to be made public.