Uhuru focuses on Big Four for his legacy 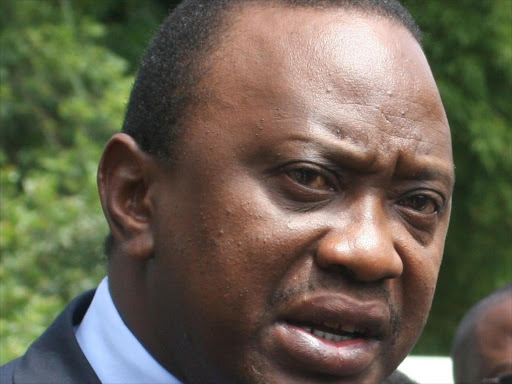 On Inauguration Day, addressing his peers and guests, Uhuru was in Pan-Africanist mode. On Jamhuri Day, his focus was domestic and legacy building.

The hype and turnout on Jamhuri Day was low, but the Presidential message was tough, ambitious, forward-looking, and agenda setting on the domestic front. It appeared to have five broad and interlinked categories of promises, challenges and warnings. These were unity, generational transition, offensive thinking, politics as a tool for promoting wellbeing, and respect for the Constitution.

The first two categories, unity and generational change, were earnestly appealing for people to avoid divisiveness, adopt a sense of mutual dependence, and to realise that while the youth of Independence delivered under the guidance of a few elders, the current youth too can deliver. He promised to ensure that the youth get that chance to deliver within the context of a united Kenya.

The third category, “Offensive Thinking”, was a painful reprimand of Kenyans who plot how to bring others down by pretending that the weak can be strengthened by weakening the strong. It is “Offensive Thinking,” Uhuru asserted, to imagine that weakening the strong uplifts the weak. Destructive pseudo-economic theorists discourage productivity and pander to laziness. Allergic to thoughts on growing the economy through equitable wealth creation, they instead are extremely noisy about equitable “redistribution” of the wealth that others produce.

It was in the fourth category that Uhuru started talking about paradigm shifts in terms of political economy thinking. Stressing his Big Four, a kind of evolving political economy theory to use political power for job creation, food security, provision of adequate health for all, and increased shelter. The emphasis on making politics the tool of doing good has worked before. Uhuru’s father, Jomo, believed in using politics to do “good” and so he urged his colleagues at Manchester in 1945 and at Lancaster House in 1962 to acquire political power in order to do the rest.

The voters having given him five additional years, Uhuru should use his political power to tackle his Big Four challenges. He should make subsidised wealth production through manufacturing, intensified agricultural activities, and more construction. It would mean protecting markets, marine natural resources, increasing value addition for exports, and destroying fake goods cartels. These would create jobs, reduce hunger and diseases, and provide housing.