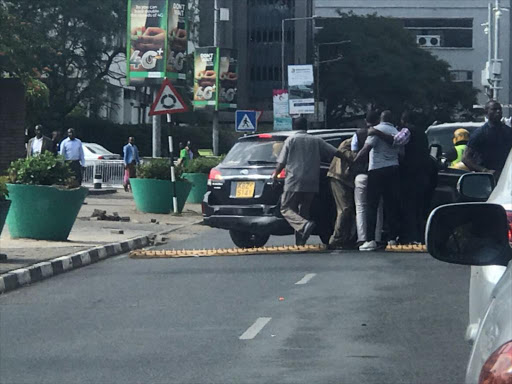 Embakasi East MP Babu Owino has been arrested for assaulting a security guard in Westlands.

However, the MP claims the police held him for "attempting to overthrow the government".

"Been arrested. Held at Parklands. Charges are two. Harbouring intention to overthrow government. Assault. It shall be well," he told his followers on Friday.

Babu was arrested outside Parliament buildings by Flying Squad officers for

questioning over claims of assault on security guards in Westlands.

In September last year, the MP was re-arrested minutes after he was released on a Sh500,000 cash bail in an incitement case.

He reportedly posted that he will not apologise over