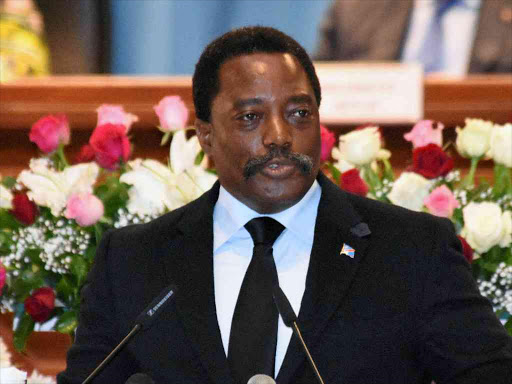 Militias in eastern DRC are uniting in opposition to president Joseph Kabila, a senior UN official there told a news conference in Geneva on Wednesday.

In 2017, a brutal conflict in Congo's southwestern Kasai region drew international attention and condemnation because of reports of atrocities by pro-government militias.

"What we hear is that whilst initially some of these armed groups were in it for themselves - they would burn a village, and pillage, rape, burn and scorch the earth - it seems now that they have more of a political agenda," said Jean-Philippe Chauzy, chief of mission for the International Organization for Migration in Congo.

"We now have it seems a coalition of various militia groups - it's a myriad, a cluster of those illegal irregular armed groups, about 70 of them at the last count, probably even more - that seem to be coalescing on the political agenda, which is one of transition without president Kabila."

Kabila has refused to step down, despite his mandate expiring in 2016, and has delayed an election until December 2018.

The eastern militias were hard to track, with constantly changing identities and areas of control. Chauzy said they may have benefited from the Congolese army's deployment to Kasai.

In December UN peacekeepers had to repel an offensive against the town of Uvira, less than 20 miles from the Burundian capital Bujumbura on Lake Tanganyika, and a similar attack could happen again, he said.

"The assault on Uvira was not really repelled by the Congolese army but by MONUSCO, the UN forces in DRC, who deployed attack helicopters and sank some of those boats, because it was more of a naval assault."

He declined to comment on remarks by Ugandan president Yoweri

Museveni, blaming the United Nations for "preserving terrorism" in Congo.

Chauzy said reports of violence were continuing, with shots fired early on Wednesday around the airport in the Kasai city of Kananga, where four died in January.