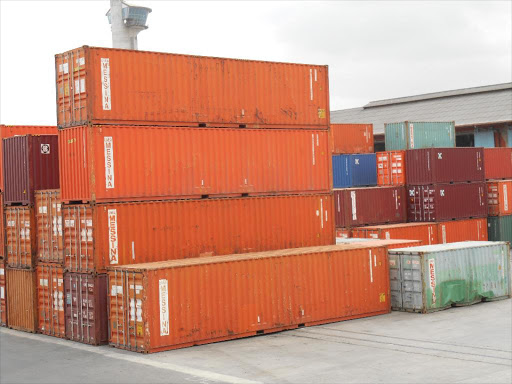 Containers at the port of Mombasa./FILE

sugar to the company.

Through lawyer Dennis Mosota, the company said on Monday that the authority subdued orders issued by PJ Otieno.

The December 27 directive was for

800,000 bags of sugar to be taken to JB Maina Warehouse for storage, pending the full hearing of the matter.

Darasa is fighting KRA over the Sh2.5 billion tax they were slapped with and says their sugar was duty-free. But the taxman said the company did not meet conditions for exemption

Otieno's directive overturned an earlier order by judge Mugure Thande for the sugar to be offloaded and stored at the customs warehouse at the Port of Mombasa.

noted that Darasa was willing to pay for security, including police officers, to ensure the cargo remained safe.

Mosota also argued that they risked losing the cargo due to KRA's delays to comply with the court orders.

The lawyer further noted that the managers of the ship in which the sugar was transported, as duty-free, threatened it would return to Dubai with the commodity.

He noted the cargo had been in the ship since October 2017 and that the cost of keeping the vessel offshore had accrued to Sh100 million since that time.

But the taxman maintained the port's shades are safer and more controlled than JB Maina Warehouse.