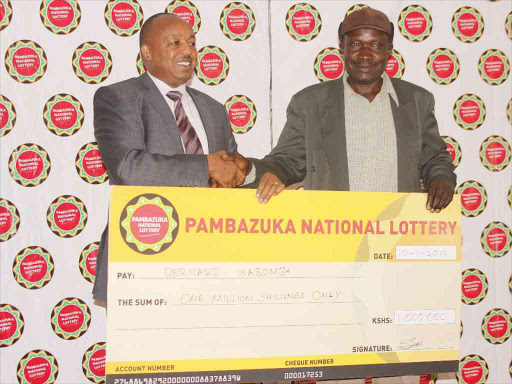 Pambazuka National Lottery has suspended its operations in Kenya saying the new tax takes it total cost of operations to 115 per cent.

"Operating any lottery under this framework

is not possible and therefore business operations are forced to close,"the company said in a

The company noted that

until a "sustainable regulatory framework" is in place.

"All prize claims after yesterday's draw will be paid out to winners directly or from the company offices on April 7th 2018," it added.

withdrew all their local sponsorship commitments over the proposed tax of 35%.

Finance Bill 2017 and eight others into law.

The law raises the tax rate on gambling but sets it at a lower rate than had originally been proposed.

It will impose a tax of 35 per cent of gross profits on all gambling.

Until now, lotteries were taxed at five percent, betting firms - bookmakers - at 7.5 per cent, casino gambling at 12 per cent and competitions like raffles at 15 percent.