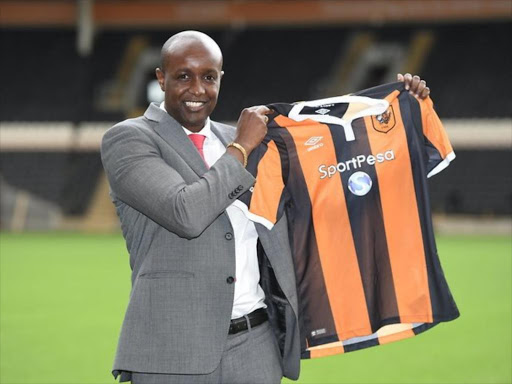 Betting firm SportPesa has canceled all local sports sponsorship with immediate effect over the higher tax of 35 per cent.

While making the announcement on Tuesday, CEO Ronaldo Karauri noted they will save about Sh600 million.

Karauri said the government's move was one of the reasons why the company had been struggling to stay afloat.

He said they will also cut advertising to keep their operations going.

The company had been the official shirt sponsor for top clubs including Gor Mahia, AFC Leopards and Nakuru All Stars.

SportPesa also sponsored the Kenyan Premier League, which has 18-teams, and Football Kenya Federation. The

Kenya Boxing League and rugby teams have also been affected.

The deal with Gor Mahia was for five years at more than Sh200 million while AFC Leopards' was Sh45 million annually for five years.

KPL got a deal worth Sh450 million and KRU more than Sh600 million over a period of five years.

Ahead of the decision,

Karauri had said on January 1, 2017 that their sports partners would be notified in time in order to plan accordingly.

He noted the cost of doing business would be affected by the finance law that President Uhuru Kenyatta signed days after he had refused to over the threat of gambling.