A striking nation: Will 2018 be different? 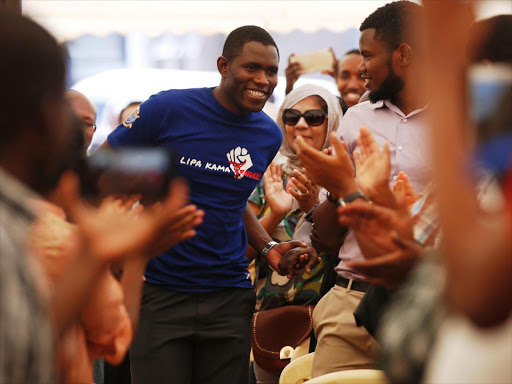 As 2017 draws to a close, the year will go down in history as probably the period that Kenya experienced the worst strikes affecting various sectors of the economy.

Health and education were the hardest hit as doctors, lecturers, nurses and clinical officers downed their tools.

Teachers, on the other hand, gave unending strike ultimatums in agitation for better pay and working conditions.

The work boycotts left devastating effects in their wake in terms of lives lost and wasted study time and one can only wish things will be different in 2018.

Much as it started on December 5, 2016, the strike by more than 5000 doctors in push for a 300 per cent salary increase and improved facilities in public hospitals saw many suffer for days into the preceding year.

The health workers downed tools to also push for the employment of more doctors and rationalisation of work schedules based on their 2013 CBA which the government refused to recognise.

What followed next left a sector so important to the livelihoods of millions of Kenyans on the brink of collapse with concerned authorities doing little to contain the situation.

On February 13, seven Kenya Medical Practitioners, Pharmacists and Dentists Union officials led by secretary general Ouma Oluga were jailed for a month for refusing to call off the strike.

They were released two days later to give room for negotiations with the government.

On March 7, the government withdrew a 50 per cent pay increase offer and started issuing sack letters to striking doctors after the union refused to back down on its demands.

The union stood firm and refused to compromised forcing the government to agree to negotiations and save the sector from further turmoil.

A deal to sign a new CBA within 60 days was reached on March 15 between KMPDU, Council of governors and the Health ministry.

This brought to an end, the 100 days of suffering that left several dozen patients dead.

"We cannot fathom the pain Kenyans experienced during the strike but we hope that such a situation will never happen again in the history of the country," Health CS Cleopa Mailu said and apologised to Kenyans.

The work boycott paralysed health services in county hospitals for five months until November 2 when a deal was reached.

The Kenya National Union of Nurses Secretary General Seth Panyako expressed regret over the strike and, like Mailu, apologised to Kenyans.

"It was not our intention to have them suffer due to a nearly collapsed health care system when the nurses were on strike. We wish that such a thing will not happen in the near future," Panyako said.

Just like during the doctors’ strike, patients seeking health services from public hospitals were in bad shape as there was no one to attend to them after treatment.

Panyako urged the government to continue engaging them in negotiations to avert protracted strikes in the future.

Third on the pecking order of strikes in 2017 are lecturers who have been on strike a record three times in one academic year.

The dons were pushing for the full implementation of their 2013-17 CBA.

The Sh54 billion collective bargaining agreement has dragged on since July 2013 when its implementation was initially scheduled to begin.

In February, the government awarded the tutors Sh10b towards the enhancement of their salaries and house allowances. The deal was

The lecturers went on strike again for two weeks in July after the government failed to disburse a balance of Sh5.2 billion by end of June. The amount was released later that month.

On November 1, the lecturers went on strike for the third time saying the Sh10 had been used to clear arrears dating back to July 2013.

All public universities, safe for five, had reverted to paying salaries based on the 2010 CBA.

Some 38 days later, a deal was reached on December 9 and the strike called off after the dons signed a return-to-work formula with the universities councils.

Treasury had in November approved the release of Sh5.2 billion towards the deal.

The deal between University Academic Staff Union and the Inter Public Councils Consultative Forum also stated that negotiations for the 2017-21 would start on December 18 to January 31.

The strikes, coupled by two elections and precipitated by student unrest, interrupted learning in public universities leading to the closure of some institutions.

Last but not least on the strikes that rocked 2017 is the clinical officers' work boycott.

Clinical officers went on strike in September for three weeks which was halted on October 5 after agreeing to talks with the Council of Governors over their grievances.

They were protesting the job evaluation system used by the Salaries and Remuneration Commission to peg their salaries.

Kenyan Union of Clinical Officers secretary general George Gibore said their agreement to resume work should not be construed to mean they were in agreement with their job cadre by the SRC.

"We are not going back to work because we are happy but because this is the beginning of having our issues addressed," Gibore said, noting that the agreement was meant to protect union members from victimisation when they resume duty.

Their grievances were to be resolved within 60 days from the date of the agreement.

They include the re-designation of all clinical officers into job groups approved in their revised scheme and the signing of a recognition agreement.

"We noticed that some counties are not promoting their workers and we wanted this matter to be addressed before we called off the strike," Gibore said.

It remains to be seen whether 2018 is going to be a better year in terms of the relationship between the country’s work force and the various arms of government responsible for their welfare.