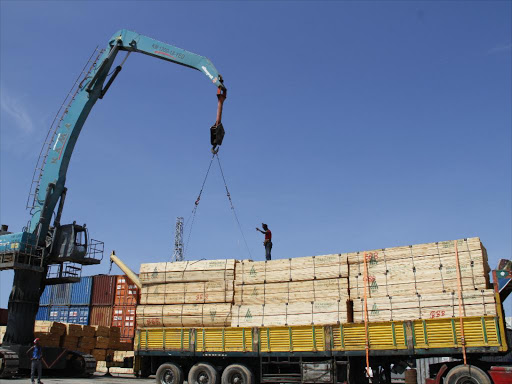 A man controls a cargo handling equipment as they offload at the Sea port of Mogadishu, Somalia Apr 26 2016./MONICAH MWANGI\

Kenya yesterday responded to the case filed by Somalia with the registry of the International Court of Justice in The Hague, Netherlands.

The case concerns delimitation of the maritime boundary between Kenya and Somalia in the Indian Ocean.

In its case, Somalia claims the maritime boundary existing between the two countries should be at an equidistant line and that Kenya’s oil exploration activities in the disputed area are unlawful.

Kenya submitted that the maritime boundary with Somalia is along a parallel of latitude as was decreed in the Presidential Proclamation of 1979.

This maritime boundary was revised for greater accuracy in a Second Presidential Proclamation in 2005.

Subsequently, in submission to the United Nations Commission on the Limits of the Continental Shelf in 2009, Kenya extended her claim beyond the 200 nautical miles to the outer limits of its continental shelf.

Somalia has since 1979 recognised and respected the maritime boundary between the two countries along a parallel of latitude.

Somalia has admitted to these facts but has opted not to recognise the legal effect resulting from the 35-year-old practice on the maritime boundary.

Kenya asserts that all her activities, including naval patrols, fishery activities, marine, scientific research, and oil and gas exploration are within the maritime boundary.

"While respecting the important role the court plays in resolving disputes and promoting international peace and security, Kenya maintains that a negotiated solution to the maritime dispute is the best way of addressing the complexities and sensitivities surrounding the boundary issue," Attorney General Githu Muigai yesterday said.

Muigai said Kenya's position is entrenched in the UN Convention on the Laws of the Sea and several resolutions and decisions of the African Union Heads of State and Government adopted since 1964.

After the filing of the counter-memorial, the International Court of Justice will be expected to provide direction on the next course of action in early 2018.

"This case notwithstanding, Kenya will continue supporting sustained efforts to stabilise Somalia, considering that the continued instability due to insecurity poses an existential threat to Kenya and to the entire eastern Africa region," Muigai said.

Kenya is fully committed to protecting her boundaries in order to safeguard her territorial integrity, the AG added.