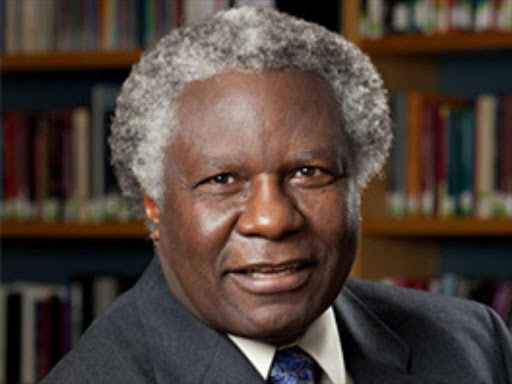 A file photo of the late Calestous Juma, who was a Professor of International Development at Harvard University.

Juma, born on June 9, 1953, died on Friday barely a week after his mother was buried.

He is one of Kenya's foremost recognised professors and was also the first African Science and Environmental journalists at the Daily Nation newspaper.

According to Wikipedia, Prof Juma is an internationally recognised authority in the application of science and technology to sustainable development worldwide.

He was the professor of the practice of International Development and faculty chair of the Innovation for Economic Development Executive Program at Harvard Kennedy School.

Juma was also director of the school's Science, Technology and Globalisation project

as well as the Agricultural Innovation in Africa Project funded by the Bill and Melinda Gates Foundation.

His latest book, The New Harvest: Agricultural Innovation in Africa was published by Oxford University Press between 2011-13

Wikipedia says Juma grew up on the Kenyan shores of Lake Victoria where he obtained early education.

He first worked as an elementary school teacher before his stint at the Daily Nation newspaper.

This was before he received an MSc in Science, Technology and Industrialisation and a DPhil in Science and Technology Policy from the Science Policy Research Unit at the University of Sussex.

He has written widely on science, technology and sustainable development.