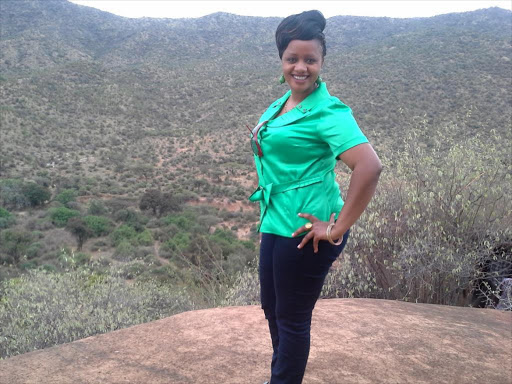 Laikipia Woman Representative Catherine Waruguru has come out bravely to defend her polygamous marriage, saying she is comfortable being a second wife.

Addressing a women conference in Nanyuki town on Saturday, the former nominated MCA at the Laikipia County assembly said she had no apologies to make over the same.

“You saw the President signing into law the Marriage Act the other day. As women, we must refrain from being distracted by societal decisions” said the controversial legislator married to a Nanyuki based lawyer Kiprotich Kiget.

The mother of two noted that it was her personal decision to move in with the lawyer, adding that women were sole enemies of their own.

A statement from the presidency confirmed that the Bill, which it said "consolidates various laws relating to marriage", had been signed into law.

The Bill, which amended existing legislation, was passed by parliament last month to formalize traditional practice regarding marrying more than one person.

"Marriage is the voluntary union of a man and a woman, whether in a monogamous or polygamous union," the presidential statement added.

The initial bill had given a wife the right to veto the husband's choice, but male members of Parliament overcame party divisions to push through a text that dropped this clause.

Waruguru at the same time faulted the local county assembly for failing to nominate any single person living with disabilities, and also failing to approve two nominees for the position of County Executive members presented by Governor Ndiritu Muriithi simply because they were women.

“The MCA’s argued that so and so is a wife to a certain Governor despite them being qualified for the positions and rejected them. Women of nowadays have become modern-day Cain” said Waruguru.