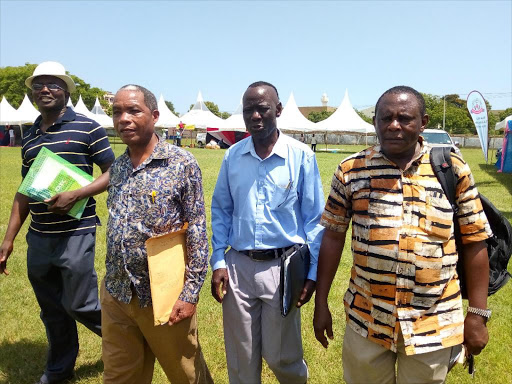 Matiang'i said schools with shared compounds should have one principal and two deputies for each school.

"Performance where both primary and secondary sections [are] in the same environment has often been beset with legitimacy squabbles and turf wars which tend to compromise teaching and learning programmes," he noted on Monday.

“The move will occasion harmony and synergy in the utilisation of resources and infrastructure facilities, some of which lie defunct because resources are duplicated, and institutions compartmentalised, creating non-functional facilities."

But Kenya Primary Schools Head Teachers Association has argued against this citing lack of consultation and official communication.

It denied that there have been feuds between schools as claimed by the CS.

Secretary David Mavuta said 80 per cent of primary and secondary schools in Kenya share compounds because of transition and have existed "harmoniously".

"TSC has said we are head teachers for life. We are appointed by TSC. The Principal Secretary was here and did not raise such issue. If there was official communication, he would have addressed the matter," Mavuta said on Tuesday, on the sidelines of of 13th primary school heads annual meet.

Head teachers are apprehensive that their roles will be "sacrificed" and secondary bosses allowed to lead.

But this will defeat the official position of Teachers Service Commission - which the CS said was in agreement.

CEO Nancy Macharia and chair Lydia Nzomo have said the commission will only focus on progression of teachers and none will be downgraded.

"We have a policy of deployment ... you came as a head and you will go back as a head," Macharia said, adding that the issue will be addressed further by the ministy.

Matiang'i claimed TSC was in agreement and that the change would be immediate.

​Mavuta said if it is a must for Matiangi's directive to be followed, secondary heads should be subordinate because all primary schools sharing compound with secondary, donated the land.

"​​We have given them schools land, how can you came and make me your deputy?" he posed.

The DEB Muvu Primary head teacher said they will continue to encourage sharing of compounds to effect 100 per cent transition.​

Post a comment
WATCH: The latest videos from the Star
by ERNEST CORNEL @oduorernest
News
05 December 2017 - 15:00
Read The E-Paper