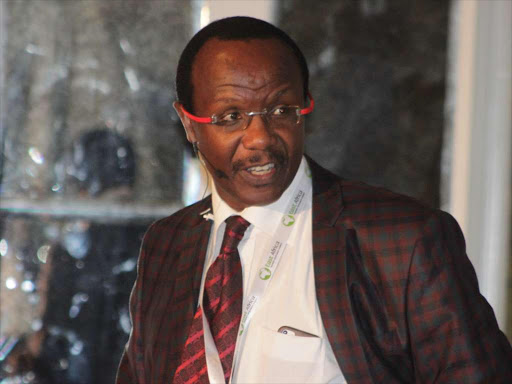 A file photo of economist David Ndii during an investment summit in Nairobi. /ENOS TECHE

Economist David Ndii will be interrogated at the DCI headquarters, Kiambu Road this morning.

The NASA strategist was arrested by detectives at a beach resort in Kwale on Sunday before being moved to Nairobi overnight.

He will record statements with officers from the Serious Crimes Unit over allegations of incitement.

It is alleged that Ndii had been meeting several groups of people at the luxurious Leopard Beach resort in Diani over secession.

The economist has also publicly announced the swearing in of NASA leader Raila Odinga.

"It is true that we have him. He will record a statement with us," a source at DCI headquarters said on Monday.

Ndii is the leader of the team discussing the execution of the People's Assembly whose motion has been passed by over ten counties.

The arrest attracted criticism from many who castigated the Jubilee administration of dictatorship in attempts to stifle the opposition.

@Waambui said: "Arresting David Ndii will not bring down Kenya's soaring debt or improve the economy. Try good economic policies and arresting the criminals in govt who are looting public coffers."

"We will not plead, but shall demand his release and take remedial action."