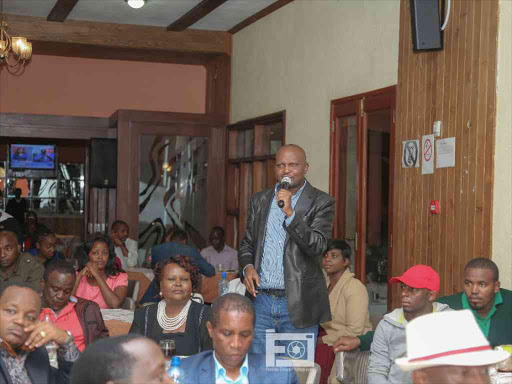 Mt Kenya leaders have formed a caucus to push development

and cooperation between MPs and 12 county governments.

The matter of wrangles was termed key as Kenya

The leaders discussed how to

These and other decisions were made at a weekend golf and dinner meeting organised by Gatundu South MP Moses Kuria at Thika Greens Golf Resort.

Kirinyaga Governor Anne Waiguru and 38 Members of Parliament from the 12 counties attended.

leaders resolved to work together for the counties'

development through steps such as

The leaders also talked about forming

a regional economic block and the joint management of tea and coffee.

The caucus will also collectively lobby the national government for

Creation of jobs for the youth, improving access to

The lawmakers further resolved to work on ways of developing low-cost housing and golf resorts in each of the counties.

The leaders further agreed to hold the monthly meetings in rotation - the next one was set for Kiraitu Murungi's Meru county in December.