Fazul bans Kura Yangu, We The People over Sh36m from Soros Foundation 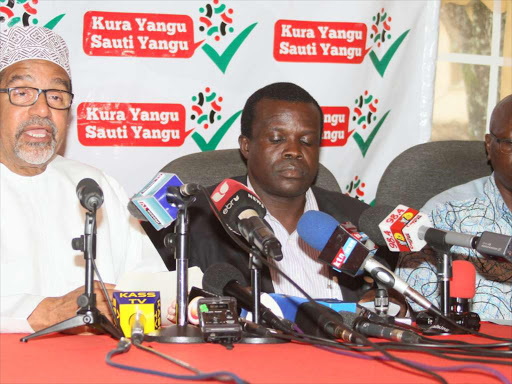 The NGOs' board has banned all operations of 'Kura Yangu Sauti Yangu' and 'We The People' lobby groups for reasons including funding and alleged illegal operations.

Fazul Mahamed, executive director of the NGOs Co-ordination Board chairman, said in a letter dated November 6 that the organisations got Sh36 million

from the George Soros Foundation.

"It is alleged that a transfer of Sh36 million was made to Kura Yangu Sauti Yangu and We the People...for purposes of funding political and flagitious operations in the country," he states.

Fazul further accuses KYSY and We The People of opening

and operating illegal accounts with NIC and Citi banks, against section 12(4) of NGOs Coordination Act, 1990.

He also says the two groups have employed foreigners, contrary to provisions of Kenyan Citizenship and Immigration Act, 2012, and notes their activities are supposed to be charitable.

Fazul said the two bodies were operation as an amorphous camarilla

Camarilla is defined as a group of favourites who surround a king or ruler.

Usually, they do not hold any office or have any official authority but influence their ruler behind the scenes.

The organisations have been asked to cease all

political operations and all election-related programmes.

They were also ordered to end all engagements with legally registered charitable organisations in the country.