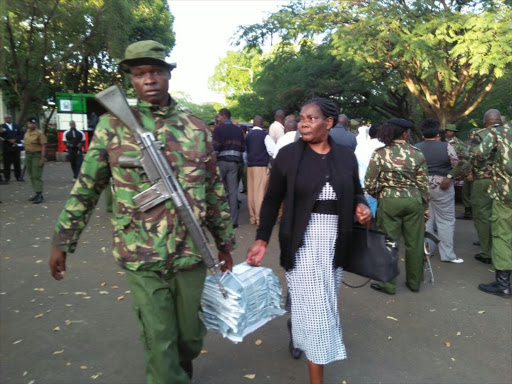 Distribution of KCPE papers went on smoothly in Kisumu county ahead of the exams' start on Tuesday.

The process was overseen by the director of Kenya Institute of Curriculum Development Julius Jwan.

No hitches were reported in the region which was adversely affected by protests against the October 26 repeat election.

The county is among four in Nyanza where no elections took place.

Examination officials said they expect the exams to run smoothly without interference from members of the public.

"We have been talking to locals who said they want the pupils to continue with the exams and will ensure there is no interference," he said.

On security, the director said they have enough officers who have already been dispatched to various examination centres within the county.

The Director is also expected to visit various schools when the exams begins at 8am.

At least 150,249 candidates will sit the KCPE exam in Nyanza from today.

This is an increase by 14,156 candidates from last year’s, education regional coordinator Richard Chepkawai said.

He attributed this to the waiver of exam fees by the government.

"In the previous years some candidates were forced to drop because they could not raise the registration fee," Chepkawai said.

He said all is set and adequate security has been put in place.

The candidates will be spread out in 4,524 centres.