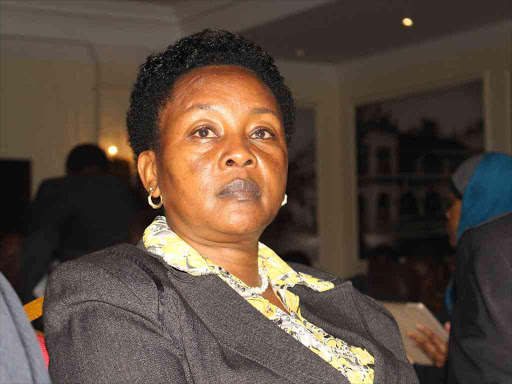 Details of the incident remained scanty but the Star established that the police officer was shot in Hurligham Estate and was rushed to Nairobi Women's Hospital.

It was reported that the attackers made away with his gun.

The shooting happened moments after the bodyguard dropped the DCJ at her Karen home.

In what may send a chilling message to the judiciary, the shooting incident came only hours before Mwilu –– a tough talking judge –– and her six colleagues hears another explosive case that may alter the election calendar.

A senior judiciary official confirmed the incident and said the shooting had caused panic and fear in judiciary circles.

“This is worrying especially because the courts are handling various election related cases. We believe it is a warning shot aimed at intimidating the judiciary,” the official said

The judge, her boss Chief Justice David Maraga and two others were among the four who nullified President Uhuru Kenyatta's victory on September 1.

Today, the Supreme Court is set to hear a case by three pro-democracy activists seeking to have tomorrow's repeat presidential election postponed.

IEBC Chairman Wafula Chebukati and all the eight presidential candidates are expected to file responses in the suit.

His protest was in respect to demonstrations mounted by Jubilee supporters castigating the nullification of Uhuru's win.

“JSC notes with dismay that the Inspector-General of Police, who is expected to provide security to all government facilities, has repeatedly ignored calls to act, exposing judicial officers, property and litigants to danger,” Maraga said.

In their ruling, the majority judges said they will not hesitate to nullify another poll if tit is not conducted within the law.

“If not, this Court, whenever called upon to adjudicate on a similar dispute will reach the same decision if the anomalies remain the same, irrespective of who the aspirants may be,” Maraga said.