No election to replace Congo's Kabila until mid 2019 - commission 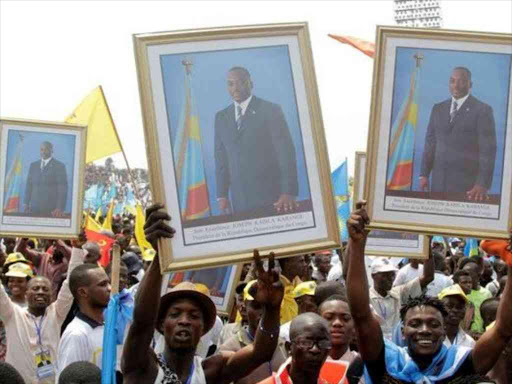 A long-delayed election in DRC

The schedule is certain to enrage opponents who say Kabila is clinging to power.

The polls were originally scheduled for November 2016. The schedule outlined by the electoral commission would torpedo an agreement between Kabila's representatives and his opponents that the election would take place before the end of this year.

Dozens of people died last year in protests against Kabila's refusal to step down at the end of his term. Parts of the country are in the hands of insurgents who say they will not stop fighting while he remains in power.

Congo's electoral commission said in a statement following a meeting with civil society representatives on Tuesday that it would need at least 504 days to organise the poll once voter registration is completed.

Enrolment began in parts of the country's insurrection-ravaged Kasai region in mid-September and the commission says it will, in principle, take about three months. That means the vote could not be organised until April 2019 at the earliest.

The commission is expected to release a calendar for the presidential and other elections this month.

The opposition accuses Kabila of trying to cling to power by postponing elections until he can find a way to remove constitutional term limits that prevent him from standing for re-election, as his counterparts in neighbouring Rwanda and

Kabila, who took power after his father Laurent Kabila was assassinated in 2001, denies he intends to remain in office, and says the election delays are due to difficulties enrolling millions of voters and mobilising hundreds of millions of dollars in financing.

has never experienced a peaceful transition of power and Kabila's refusal to step down last year has fuelled mounting insecurity across the country, where millions died in regional conflicts between 1996-2003, most from hunger and disease.

An insurrection in Kasai has killed up to 5,000 people and displaced 1.4 million more since last August, and militia violence has also spiked in the eastern borderlands, where dozens of armed groups are active.