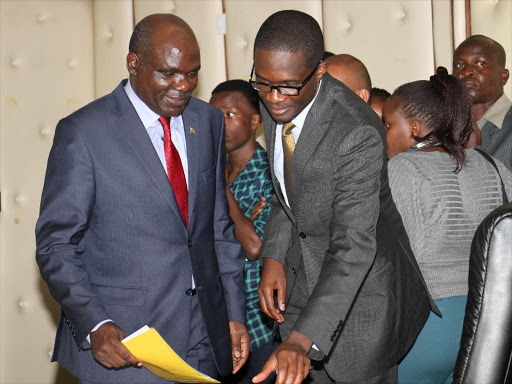 This was after the Supreme Court on Friday nullified the election of President Uhuru Kenyatta following the August 8 vote.

The leaders, mostly MPs, said any election agency official found culpable of malpractices must be charged in a court of law.

Lawyer James Orengo said the flaws exposed during the petition filed by the opposition leader Raila Odinga cannot be ignored.

The Siaya Senator said: "Impunity must be punished. In 2013, the electoral commission committed certain offences but went unpunished."

He hailed the judgement delivered by Justice David Maraga as among the first in Africa to upset a presidential election.

"The Supreme Court has redeemed itself." The law demands that fresh polls are held within 60 days of the determination.

The opposition leaders said that since the Independent Electoral and Boundaries Commission is on trial, it is not best placed to handle the polls.

"This time, the offenses committed amounts to treason. IEBC wanted to impose leadership against the will of the Kenyan people," Orengo said.

He reiterated that the coalition will not allow another election with the current commissioners.

"We longer have faith that they can deliver a free, fair and transparent election," Kalonzo said.

Raila Odinga said they will be pursue criminal charges against all the commissioners saying they have violated the democratic right of Kenyan people.

His sentiments were echoed by Thirdway Alliance leader Ekuru Aukot who said the party will join forces to pursue those guilty of election related offences.

"We have always maintained that the UN should be in charge of the election and not IEBC."

The Constitution, however, states that only IEBC can conduct any election in the country.

The leaders demanded that the two IEBC bosses resign with immediate effect.

However, Chebukati later said he will not quite but will conduct a purge against those linked to the crimes.