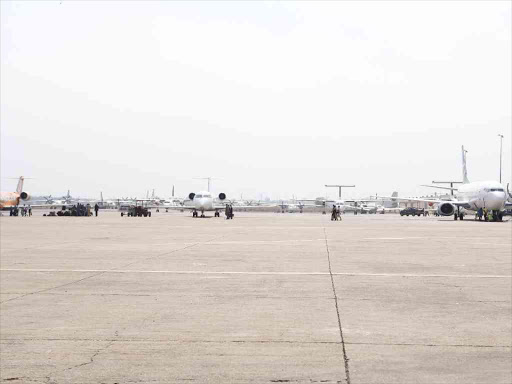 The Ilyushin-76 cargo aircraft was

to land at Juba International Airport to drop food.

resulted from heavy rains and thunderstorms which hindered visibility as the pilot tried to land at the Airport.

"We regret to report that a five-year-old girl was confirmed dead at Juba Teaching Hospital where she was taken following the incident ," South Sudan Country Director Adnan Khan said on Wednesday.

The organisation sent a condolence message to the bereaved.

"WFP extends its deepest condolences to the family and will provide all possible support to them in this terrible tragedy. Our thoughts and prayers are with them," Khan said.

"An official investigation is underway and the aircraft will be carefully reviewed to discover what caused it to be so low."

Later on, as the aircraft diverted to Entebbe International Airport in Uganda for an emergency landing, its main landing gear collapsed because the metal roofing sheets were entangled in it.

Khan noted: “The safety and well-being of the people of South Sudan are our top priorities. We and the aviation authorities will closely examine what happened so that more innocent lives are not put at risk."