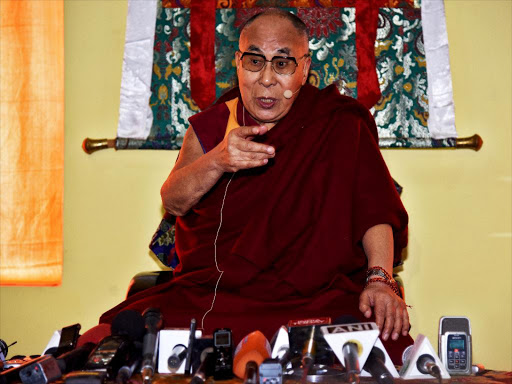 Exiled Tibetan spiritual leader the Dalai Lama has cancelled a planned visit to Botswana because of exhaustion, his office said, a move that is likely to be welcomed by China, a major investor in the African country.

The Dalai Lama had been expected to address a human rights conference in the capital Gaborone on Aug. 17-19 and meet Botswana's president during the trip.

Visits by the Dalai Lama to foreign countries infuriate China, and it stepped up warnings to Botswana last month, with its Foreign Ministry spokesman demanding "the relevant country earnestly respect China's core interests and make the correct political decision on this matter".

Botswana reacted by saying that as a sovereign state, it retained the right to permit anyone to enter the country.

The Dalai Lama, who lives in exile in India, has long been at loggerheads over Tibet with China, which brands him a reactionary and separatist. The Dalai Lama, who won the Nobel Peace Prize in 1989, says he seeks greater rights, including religious freedom, and true autonomy for Tibetans.

In a statement late on Friday the Dalai Lama's office said his doctors had advised him to avoid undertaking long journeys for the next few weeks.

"During the past few weeks, His Holiness has found that carrying out his activities has left him unusually tired," it said.

"Although he had been eagerly looking forward to visiting Gaborone ... His Holiness has reluctantly had to concede that his 82-year old body was telling him to rest."

China's fast-growing demand for raw materials has made it one of the biggest investors in Africa and its largest trade partner. Chinese state-owned companies have been awarded contracts to build roads, dams, power stations and airports in Botswana.