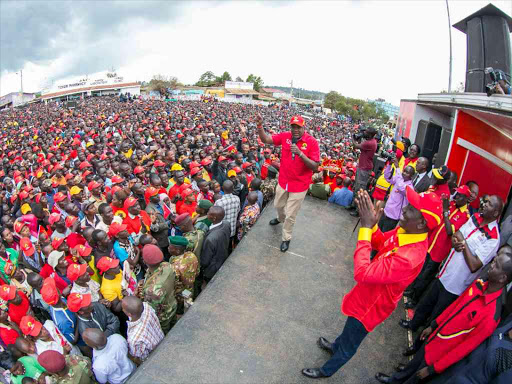 The President has asked

Laikipia North residents to vote out MP Mathew Lempurkel saying he has contributed to insecurity in the area.

During campaigns on Thursday, Uhuru Kenyatta drummed up support for Jubilee candidate

to elect Sarah Lekorere for me. I promise to jail that person whom I do not intend to mention here,” he told a rally at Ngenia Secondary School.

Lempurkel was charged with racial contempt and Incitement to violence for

allegedly saying whites living in Laikipia will migrate when NASA wins the election.

He denied the claims saying his remarks were mistranslated and that he was misquoted.

In November last year, the MP

Uhuru did not endorse

any candidate for the governor seat held by Joshua Irungu.