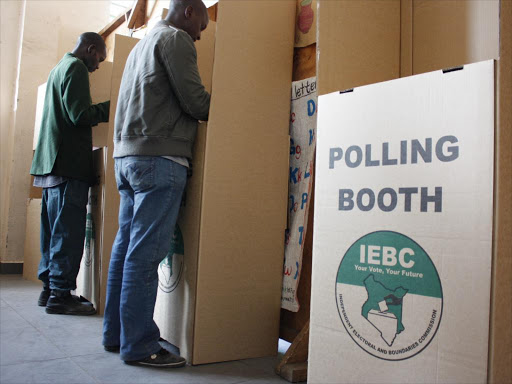 The High Court has ordered IEBC to halt the printing of presidential ballot papers and issue a fresh tender 30 days to the general election.

A three-judge bench on Friday nullified the tender that was awarded to Dubai-based firm Al Ghurair, saying IEBC failed to follow the laid down procedure.

In a ruling seen as a victory to NASA, the court directed the electoral agency to identify a new supplier to print ballots for the presidential vote.

But IEBC's lawyer Kamau Karori said the agency cannot commence fresh tendering due to costs, adding that they will seek an appeal against the ruling.

Lawyer Waweru Gatonye who represents the interested party also supported Karori’s application saying that the court should suspend the immediate implementation of its order awaiting appeal.

This comes even after the Dubai firm said it has already done 80 per cent of those to be used in the Governors' contests.

Al Ghurai also said that 25 per cent of those for Woman Rep positions have been printed, its lawyers said on Tuesday at the beginning of hearings on a NASA petition.

In their submissions, defense lawyers further said the commission has received approvals to print ballot papers for governor, senator, and woman MP and is awaiting the approval for others.

"It is worth noting that 80 per cent of the governor ballots and 25 per cent of the woman representative [post] were completed by the time of swearing this affidavit," they said.

They added the electoral agency has committed a huge amount of resources into the procurement of ballot papers and other raw materials which typically constitute 85 per cent of the production cost.