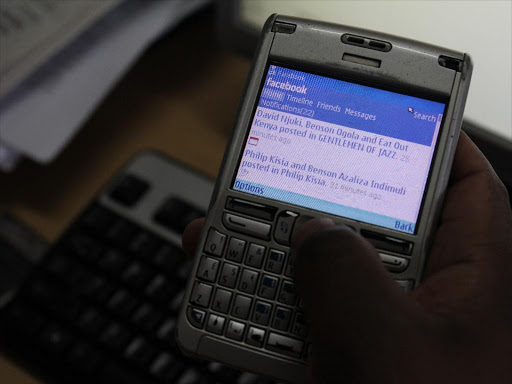 "Nasongo noted fair, credible and transparent elections cannot be realised anywhere if voters are disenfranchised and fear instilled in them." /FILE

The NCIC has warned the public against spreading hate on social media as the August 8 general election approaches.

He cited propaganda for war, incitement to violence and hate speech as some of the aspects on their radar.

"We are encouraging and appealing to the public to desist from spreading hate messages," he said, adding

the law is clear on freedom of expression and its limits.

Nasongo spoke at the launch of "safe and responsible use of Internet guides in schools" at Kenya Institute of Curriculum Development in Nairobi on Saturday.

"We are concerned about hate speech and ethnic content based on religions, communities, groups and races," he also said.

"We are asking the public to know that the law has not been suspended for the electioneering period."

The commissioner said NCIC has scaled up its monitoring systems and will work with other authorities to curb cyber crime.

"We are monitoring all these to avoid conflict and violence in the country.

There should be no bloodshed, death and destruction of property. No one should feel insecure during and after the polls."

fair, credible and transparent elections cannot be realised anywhere if voters are disenfranchised and fear instilled in them.

"I urge all Kenyans to ensure a peaceful environment for the true democratic expression and will of the people to be realised in the elections."

NCIC earlier said it had dispatched officials to monitor utterances at public rallies.

He reiterated DPP Keriako Tobiko's message that there will be no sacred cows in prosecution, saying anyone who utters a word likely to trigger chaos will be charged.