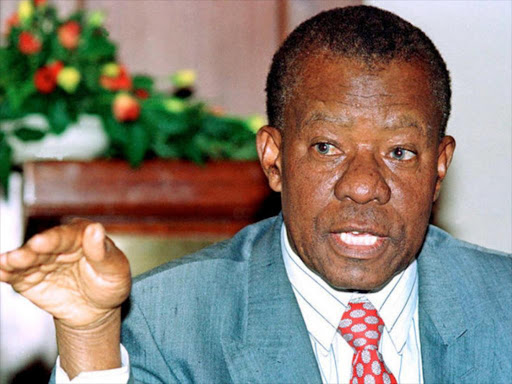 Former president of Botswana Ketumile Masire, speaks to the media at a news conference in Nairobi, May 16, 2000. /REUTERS

President Ketumile Masire of Botswana, describing him as a great leader who contributed immensely to peace and security in Africa.

In his condolence message to President Seretse Khama and the people of Botswana, the Kenyan leader said words cannot convey the magnitude of the loss.

He said Masire was an elder statesman and a great leader full of wisdom.

The former President actively engaged in the promotion of peace and security in the continent, working tirelessly on diplomatic initiatives and the global leadership foundation.

As Botswana President for over 18 years, Uhuru said Masire played a crucial role in promoting and facilitating the country's steady financial growth and development.

"The late steered his country to economic prosperity and is a great example to be emulated by the rest of Africa," he said.

"I was particularly honoured and privileged to meet with him, during my state visit to Botswana in June 2016, and treasure the wisdom and knowledge of an elder statesman that was shared with humility and grace."

Masire died last week at a hospital in Gaborone. He was 91.