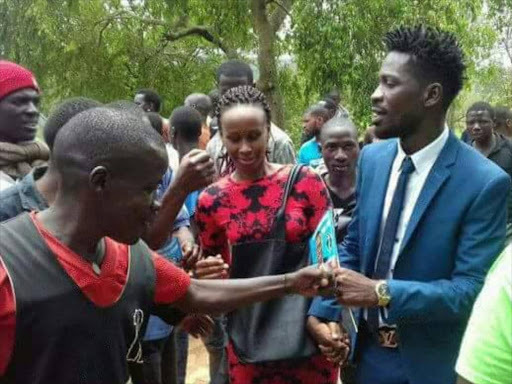 Provisional results from the Uganda Electoral Commission () indicated that Bobi Wine won with a landslide victory.

After a petition by NRM’s William Sitenda Sebalu, the Ugandan Court of appeal

nullified the election of Apollo Kantinti as Kyaddondo East Member of Parliament (MP) citing lack of compliance with electoral laws.

The Ugandan Electoral Commission was ordered to conduct fresh elections in the constituency.

There were chaotic scenes in Kasangati on Tuesday after police blocked a campaign rally by Bobi Wine, and took him into custody.

It was not immediately clear why he was arrested.

But what is certainly clear is that his supporters were angry and frenzied, demanding his immediate release.

Bobi Wine's campaign manager Samuel Walter Lubega, a former presidential candidate himself, told reporters moments after his arrest that he had been denied access to him.