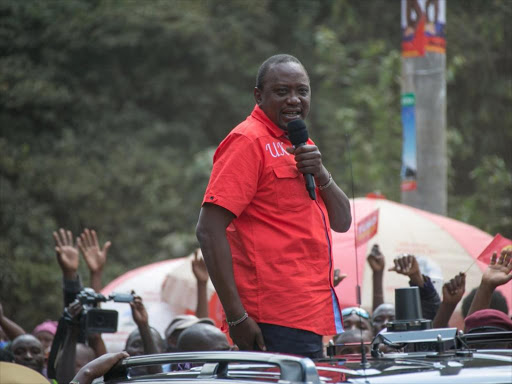 Dubai-based printing firm Al Ghurair has denied any links with President Uhuru Kenyatta, saying it is not the one whose officials met him in Nairobi.

The IEBC contracted the firm to print ballot papers for the August 8 general election. It

is to print about 120 million ballot papers, election results forms and poll registers.

Al Ghurair filed documents in court on Tuesday in opposition to a suit filed by the National Super Alliance to challenge its contract.

It says one Majid Saif Al Ghurair met the President in his capacity as the head of the Dubai Chamber of Commerce.

Al Ghurair Group whose CEO is Majid Saif, deals with Iron, steel, real estate and investment and that its website does not state printing or publishing as part of its portfolio.

“None of its staff, directors of shareholders have ever been to State House or have ever met the President” reads part of the affidavit filed in court.

NASA, while discrediting the contract, said the company directors met Uhuru and IEBC officers at State House in Nairobi before the Sh2.5 billion tender was awarded.

“It is however well clarified in this affidavit, from the above explanations, that there is no relationship whatsoever between the said Majid Saif Al Ghurair and the Al Ghurair printing and publishing save for the name 'Al Ghurair,' the firm’s general manager Ganapathy Lakshmanan."

The firm further explains that the name Al Ghurair is a fairly common name in Dubai and that allegations made in the petition by the coalition cannot be sufficient to sustain the claim.

It says it has supplied voting materials to several countries before including Uganda, Zambia, Kenya, Central African Republic, Nepal,

“We have also worked closely with the United Nations development programme (UNDP) in delivering elections materials to countries where the UN body is providing electoral assistance," the firm further says.

It adds it has been supplying items to the

IEBC since 2014 and that when it was contacted by the commission to supply ballot papers, it agreed to enter into an agreement on election materials

The company said it has done 50 per cent of the work so far.

NASA leaders linked senior Jubilee officials to the awarding of the

Flag bearer Raila Odinga said they have information indicating the firm has had contracts with Jubilee officials for at least three years.

The High Court declined to suspend the ballot papers printing awarded to Al Ghurair and asked the CJ to form a bench to hear the case.