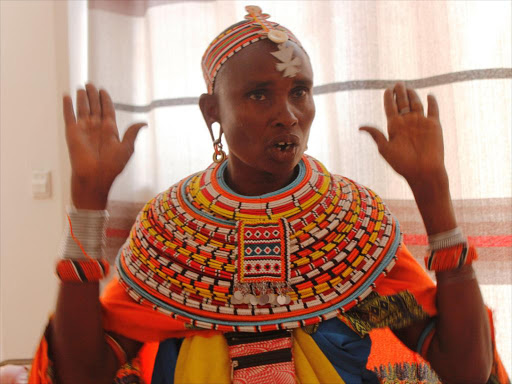 KDF and other agents will remain in Laikipia since communities have failed to honour their peace pledges, security chiefs in the county have said.

Assistant county commissioner Brenda Wangechi noted conflicts have erupted despite promises made at the many peace meetings held in the county.

He spoke during a

consultative forum at a Nanyuki hotel on Wednesday.

Women agitated for inclusion in peace initiatives aimed at ending conflicts that resulted from the drought as their children are most affected.

"As mothers and women, we have been sidelined in peace building processes and yet we can persuade Morans to keep away from conflict prone areas,” said participant Helen Leosono.

Leosono said mothers and children have borne the brunt of operations to flush out herders invading private ranches.

“KDF soldiers are harsh unlike conservancy rangers and police officers. They kill livestock, set ablaze our manyattas and injure our children. We are now asking them to stop and give dialogue a chance,” she said.

Police chiefs in the region have denied the claims.

The consultative meeting was organised by community-based organisations Samburu Women Trust and the National Coalition of Human Rights Defenders.

It brought together security officers, county officials, peace corp officials, chiefs and community leaders from the Maasai and Samburu communities.

The two communities have been involved in conflicts over grazing land, with the Maasai accusing the Samburu of invading their grazing areas and causing deaths.

The latter come from

Several meetings, spearheaded by the Laikipia Peace Caravan, have been held to bring peace but attacks on ranches have persisted.