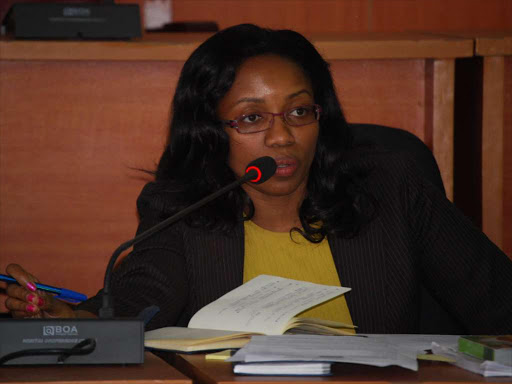 Jubilee Nakuru Senator aspirant Susan Kihika was dealt a blow after her nomination was nullified on Monday.

The Political Parties Disputes Tribunal said her candidature is unconstitutional.

The tribunal chaired by Kyalo Mbobu said Kihika is ineligible for the August 8 poll as she is still in office as the Speaker of Nakuru County Assembly.

The argument is that the Jubilee Party violated the law by presenting her name yet she had not resigned as required by law.

Article 99 of the Constitution states that a candidate who is still a member of the county assembly cannot vie for MP before resigning.

The petition against Kihika was filed by Margaret Wanjiru Kiiru who is vying for the seat as an independent candidate.

Post a comment
WATCH: The latest videos from the Star
by EMMANUEL WANJALA @RambsNabiswa
News
12 June 2017 - 18:00
Read The E-Paper